A collection inspired from an illuminating and positive wave of womankind’s awakening movement felt in the Middle East as well as the world. Intuitively named Pink Noise because of the collection’s strong vibrations with subtle details, just as the pink noise itself, a collection was put forth which took hold of the unapologetic glamour, sexuality and minimalism of todays women’s fashion trends. Pink noise is both empowering and subtle, having lower octaves than white noise yet able to drown out its counterpart. The sound itself evolved into a reconnaissance of something entirely materialized so it could be written solidly onto a diptyque. These ideas, silhouettes, textures and the sense of what the new modernization of a woman took ahold and emerged. With attention to the scientific resonating of the noise as well as its movement, the thematic fabric we chose is that of holographic flakes of holographic material poured into a strict resin for mimic of its fluctuations. Holographic leather was also included with more subtle shine to give contrasting texture to the bags and to the collection itself. A movement of sound, realm of transparency and lightness is reflected in our use of dainty feathers counter-positioned against the contrast of solid resin and Swarovski crystals; a brilliance in motion.

Pink noise in itself resonates throughout the universe and is a blueprint of the universe itself. It is representative of the contrasts of order vs disorder. For this reason, the collection moved on to include silhouettes of the stars themselves reminding us of its imminence. The bags have evolved into beings, each with its own name recognizing its relationship to Pink Sound. 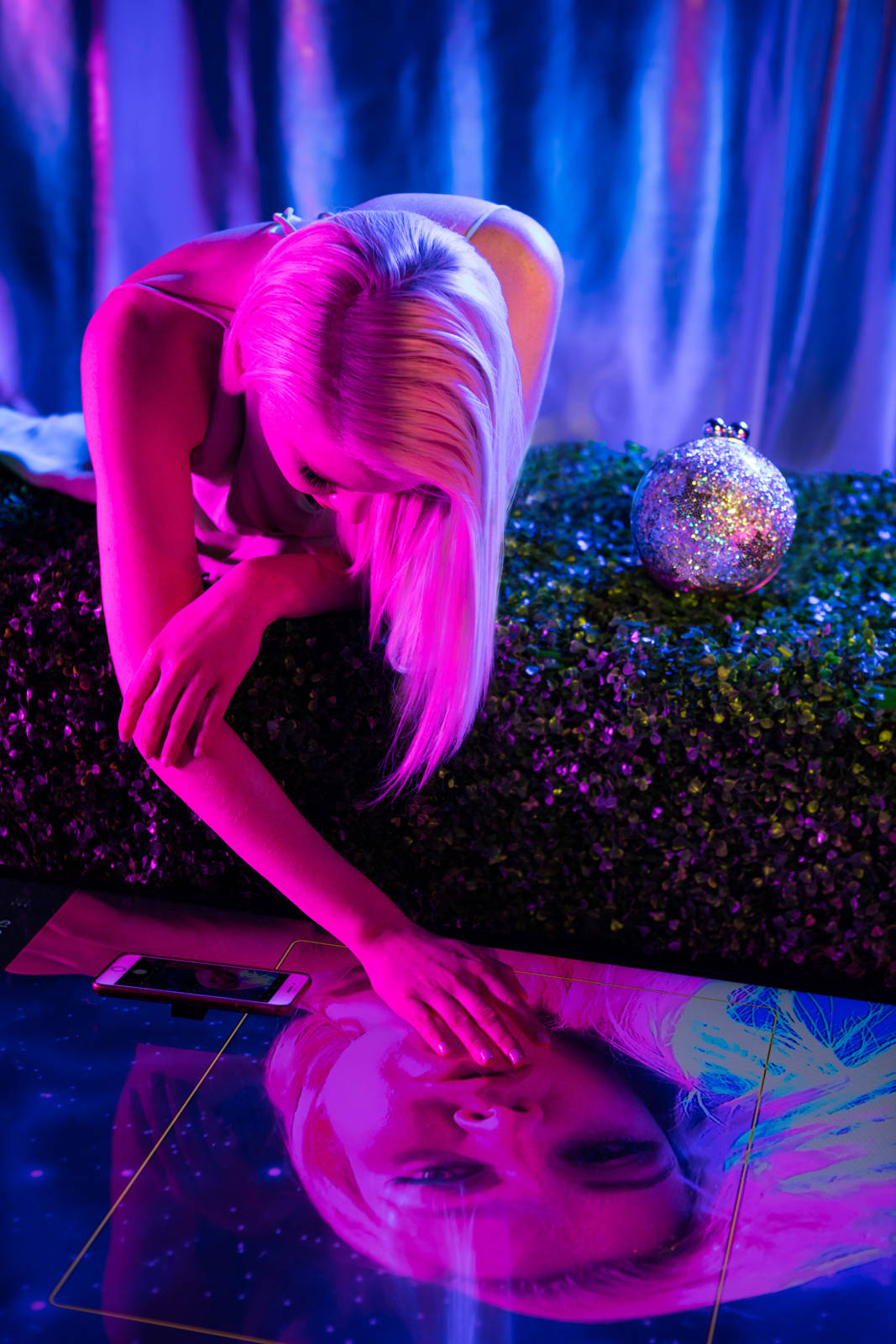 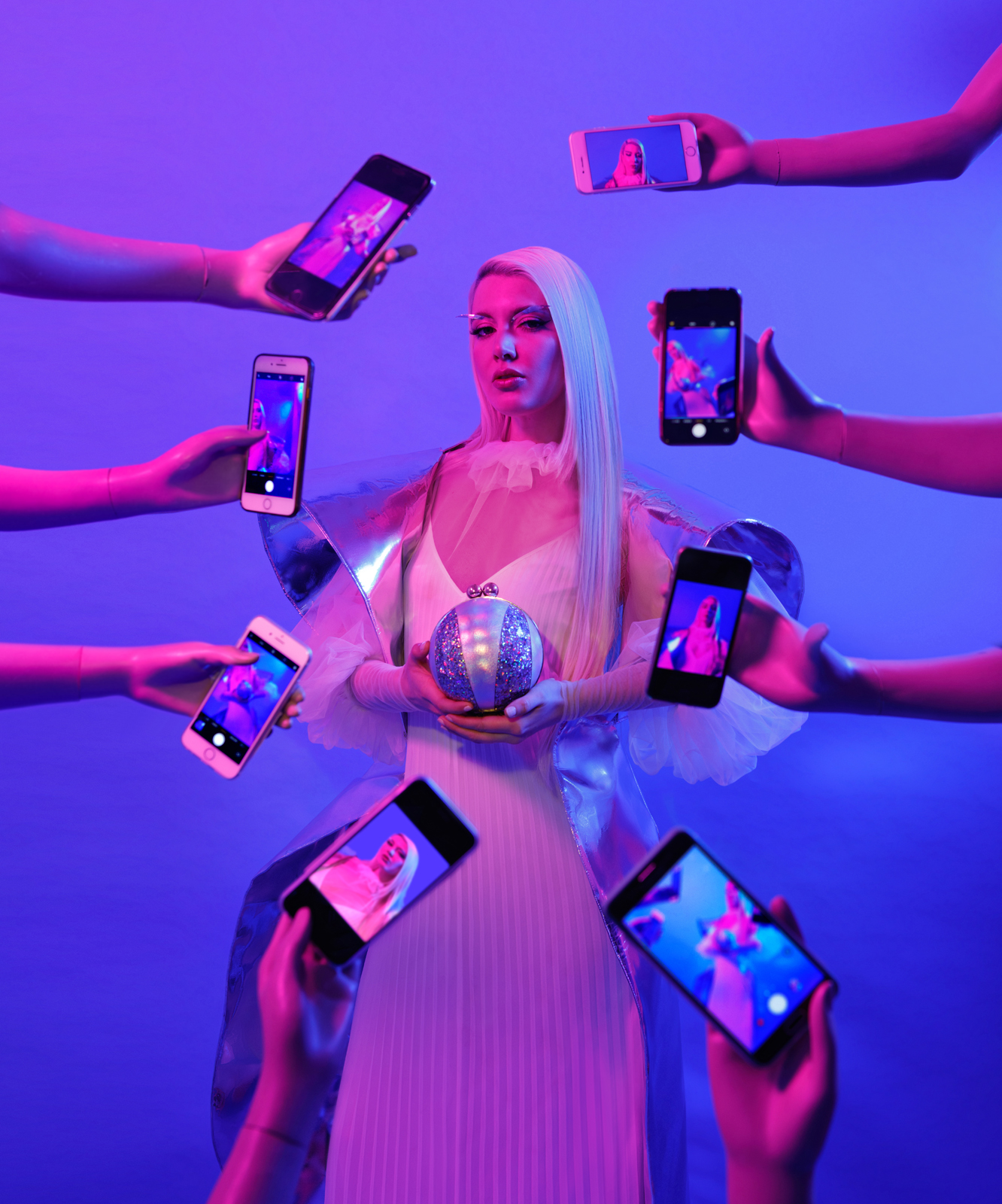 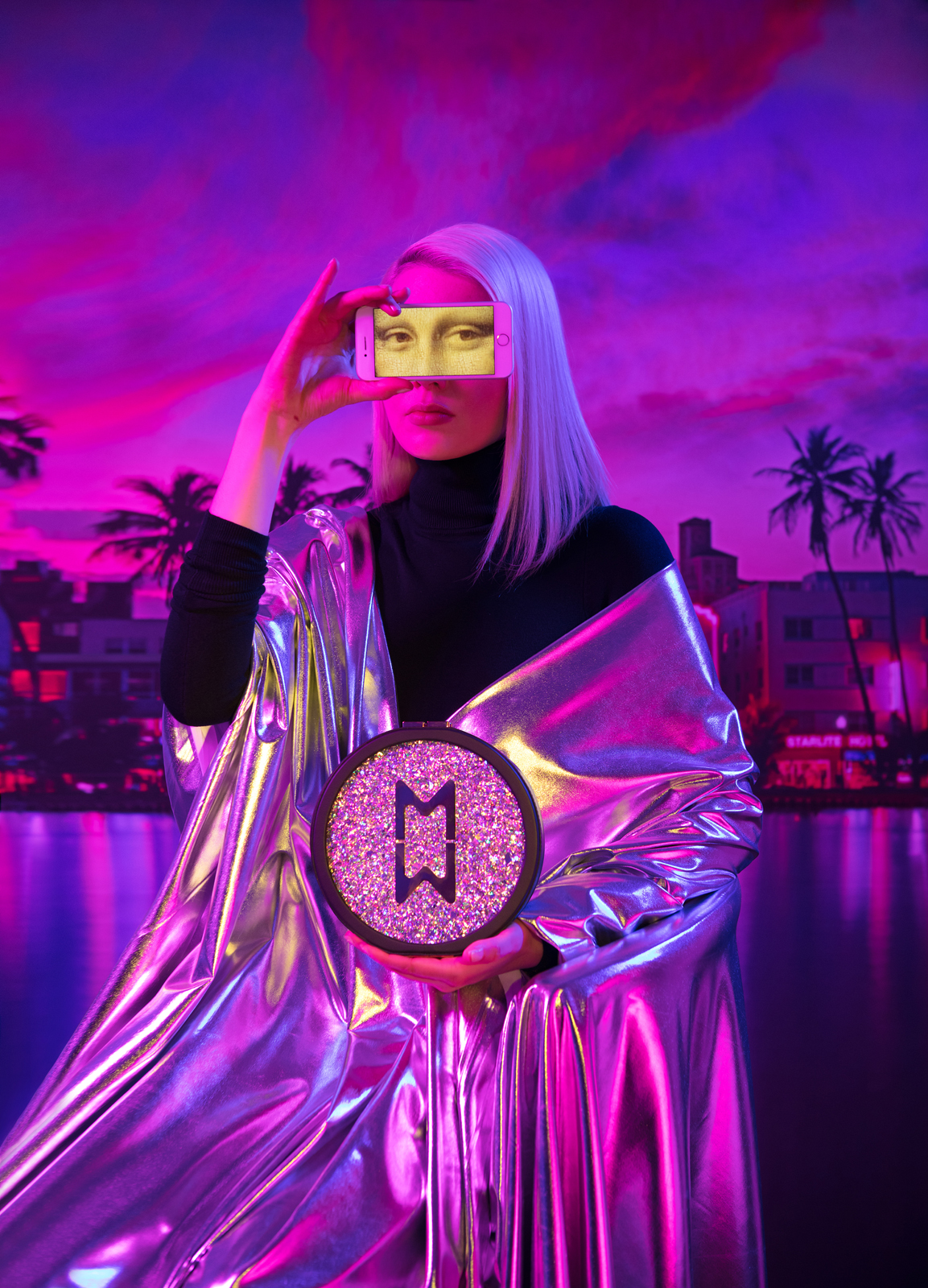 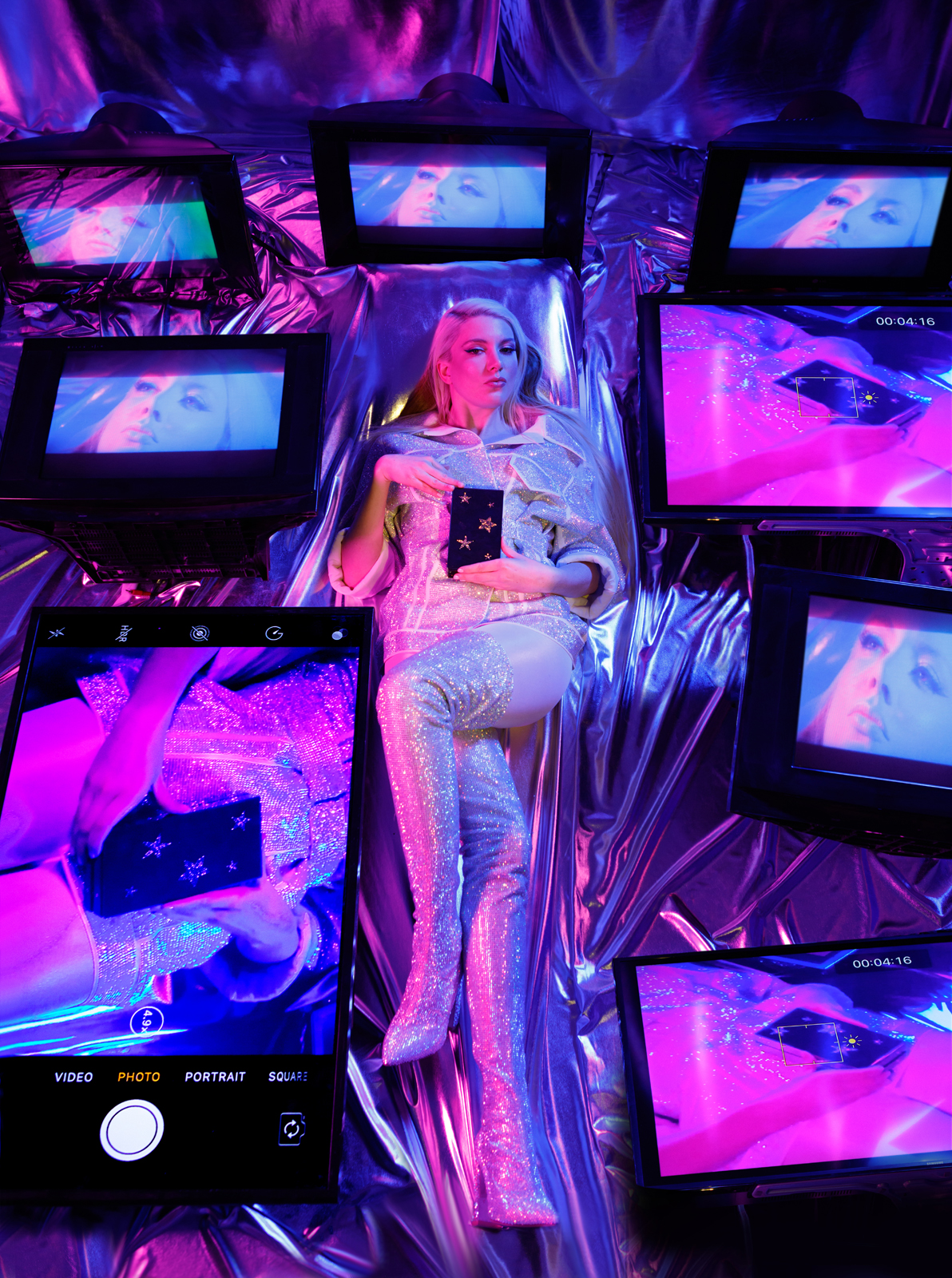 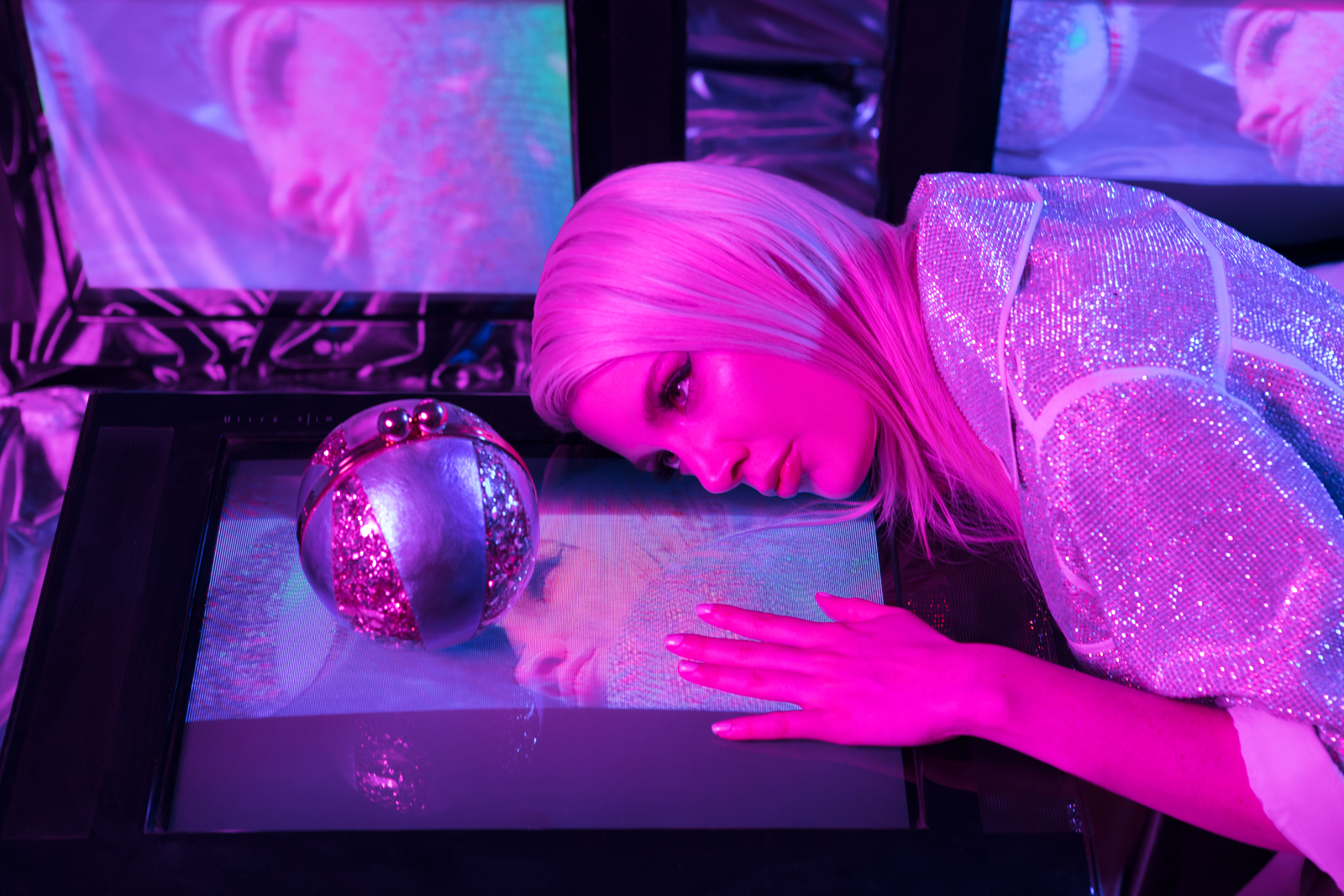 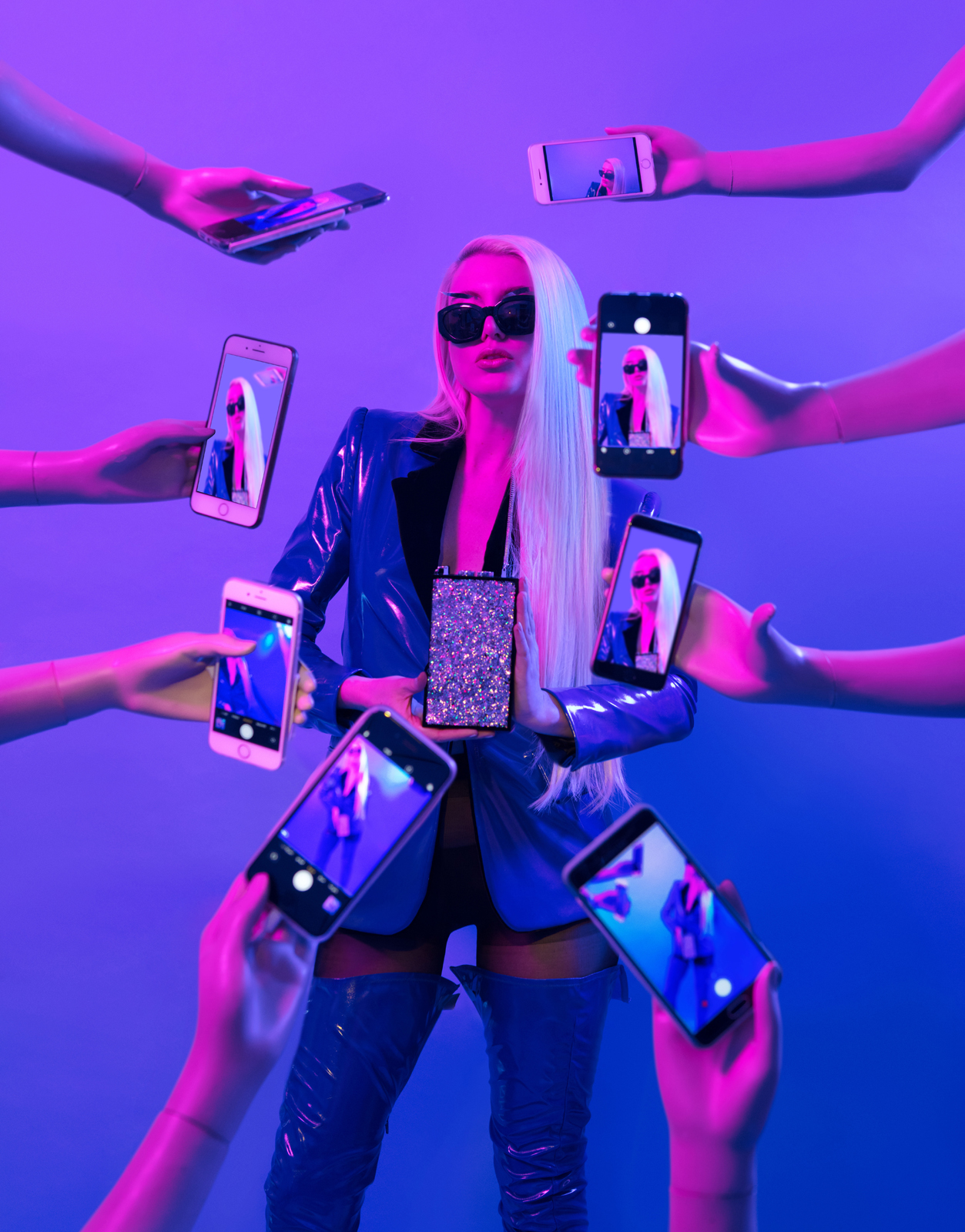 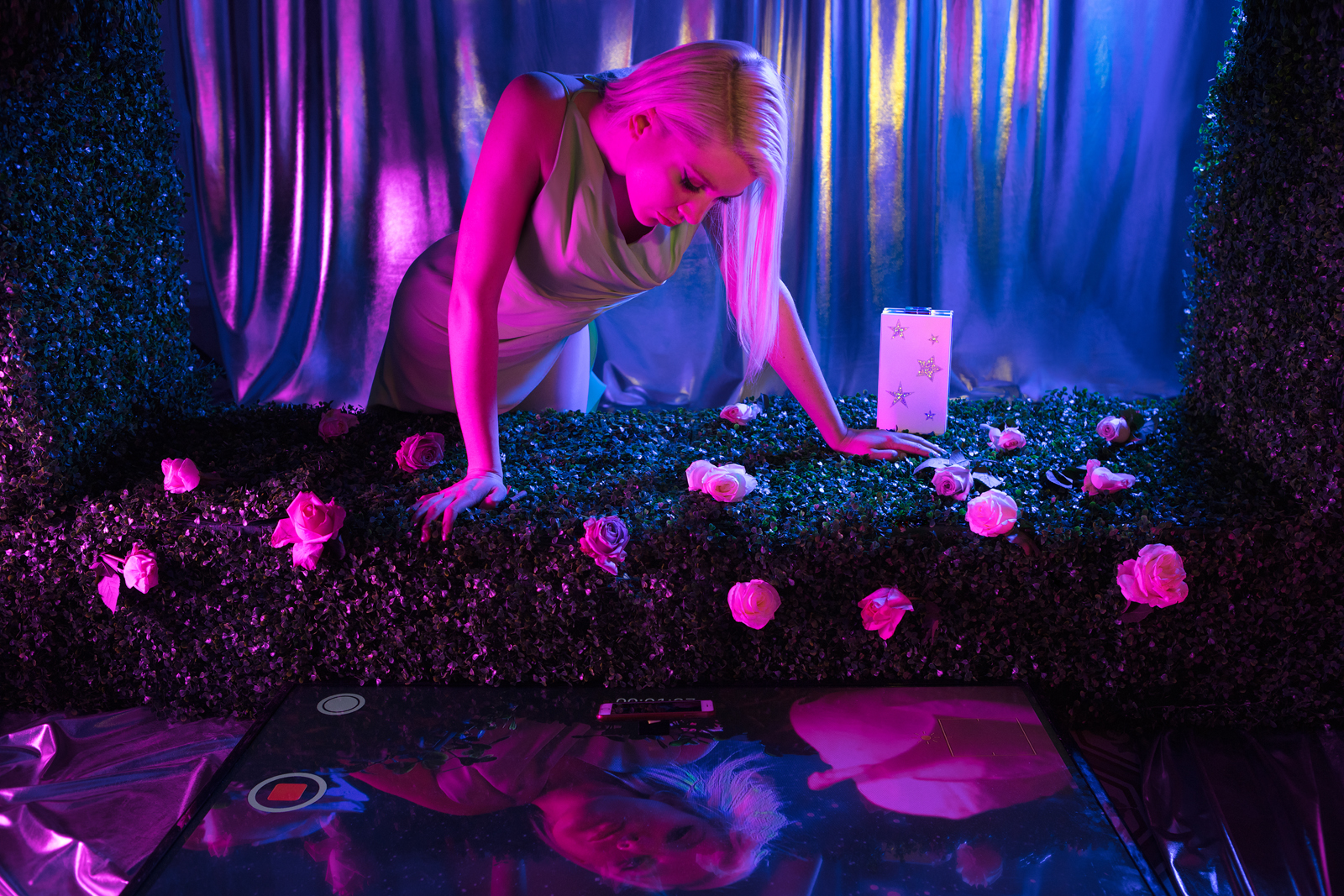 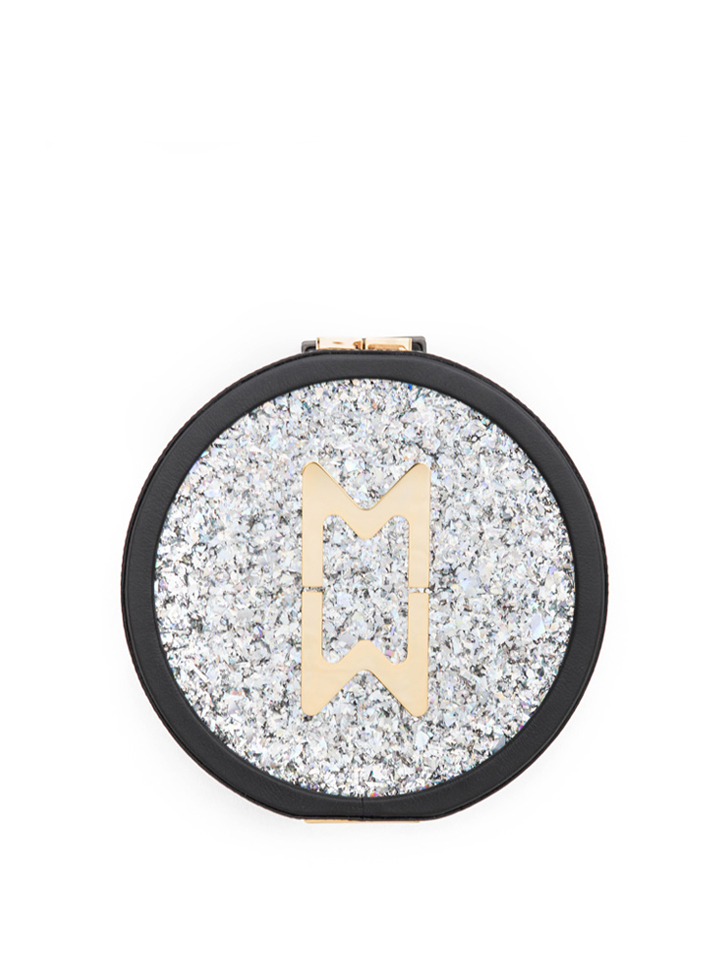 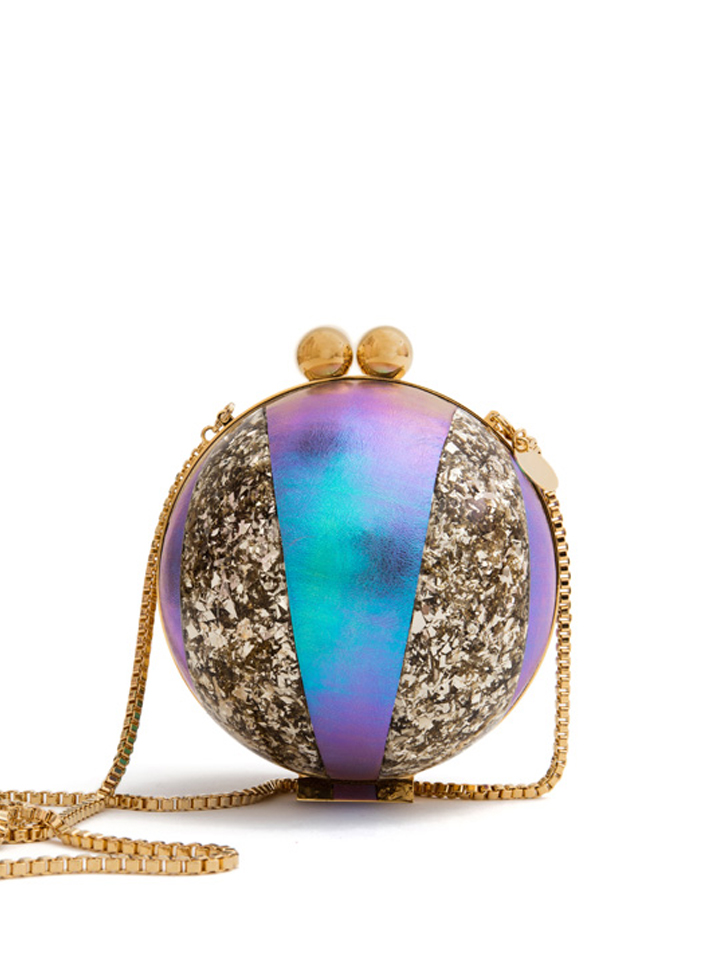 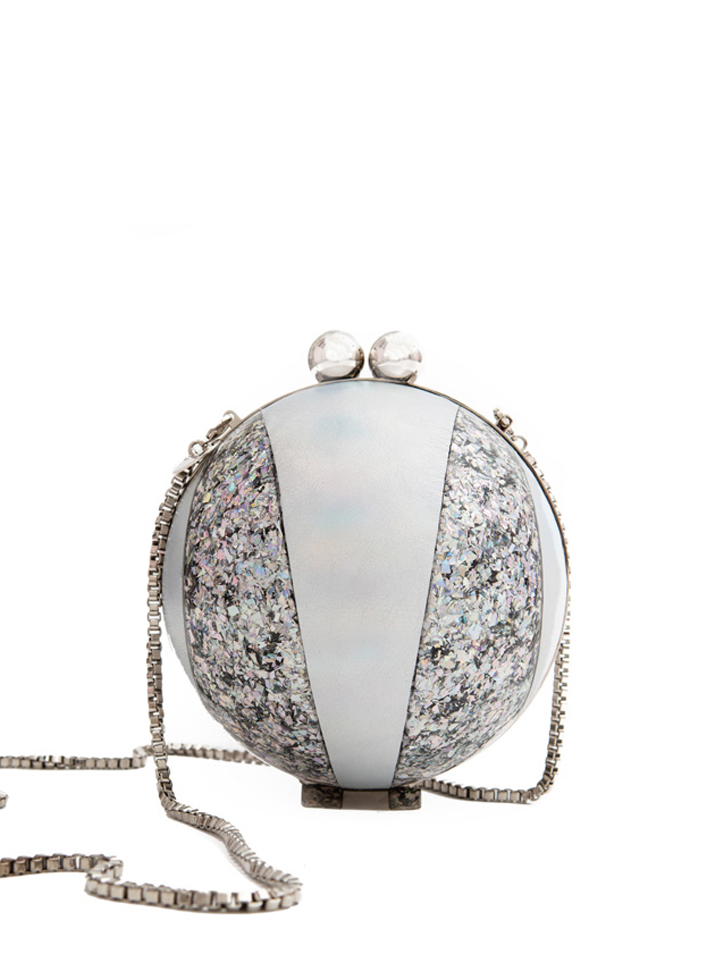 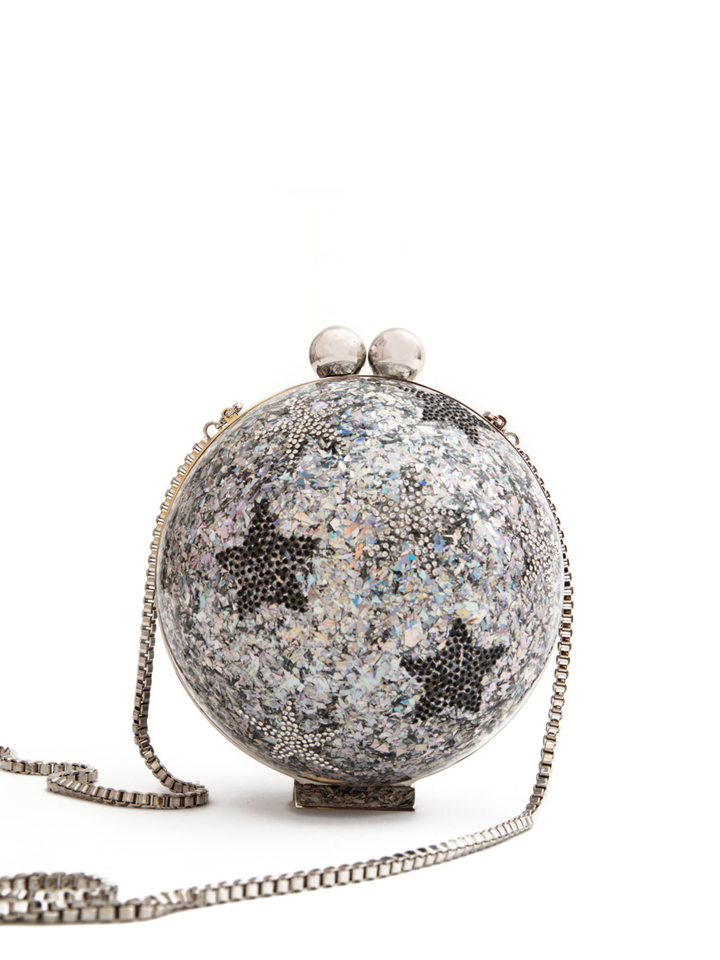 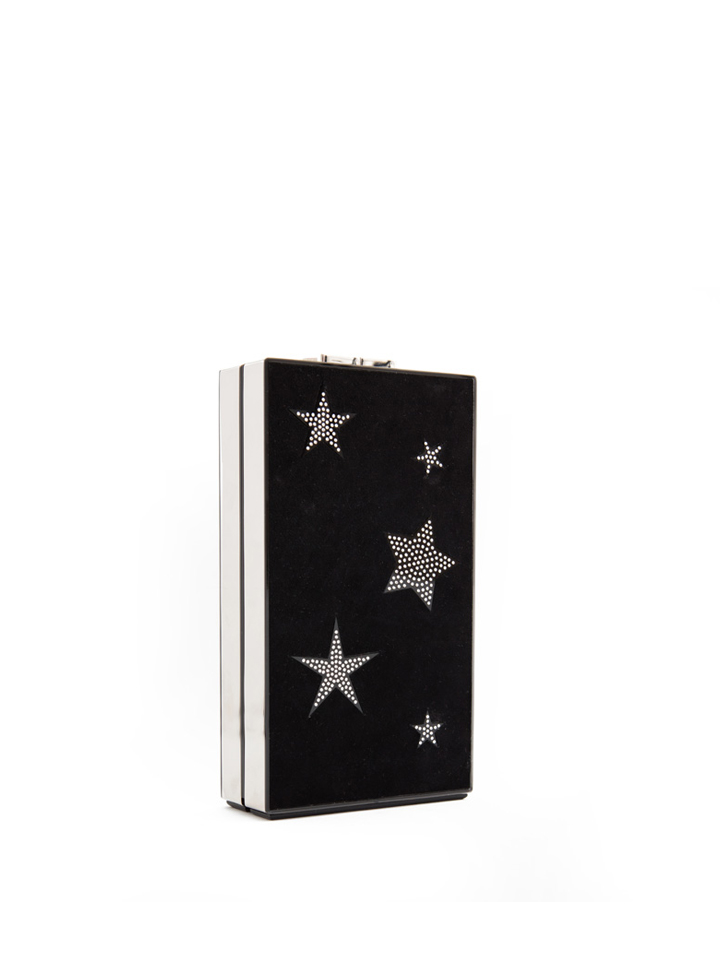 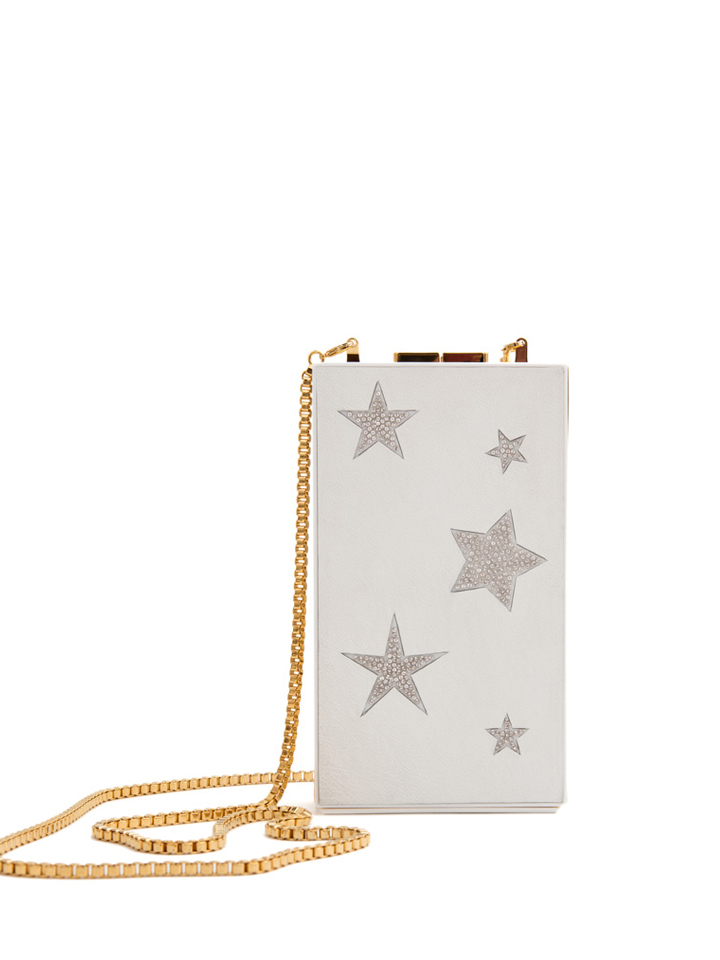 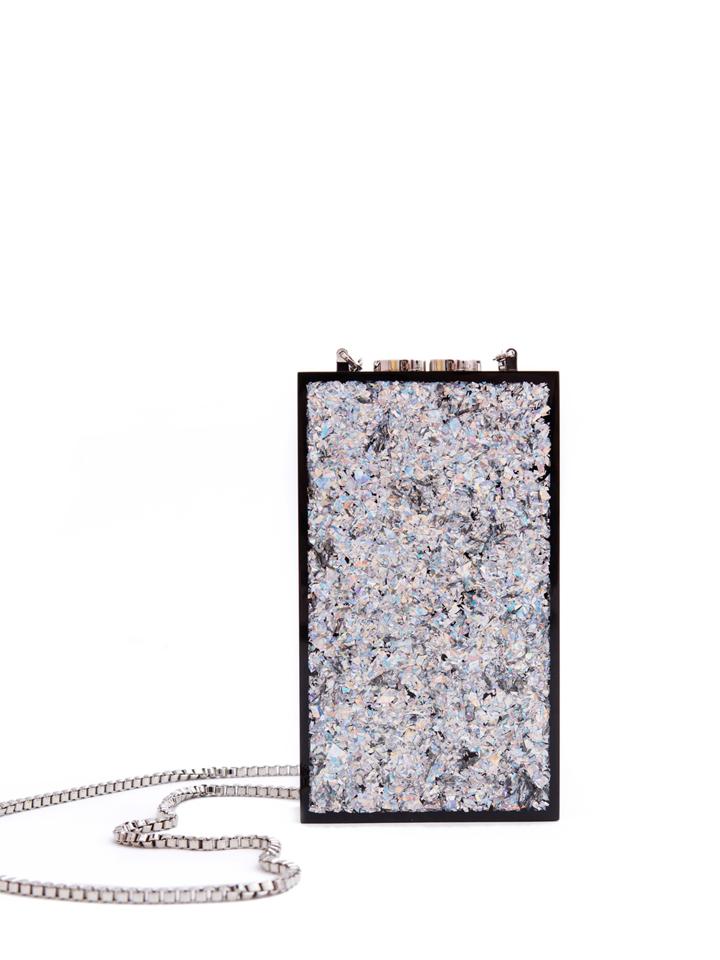 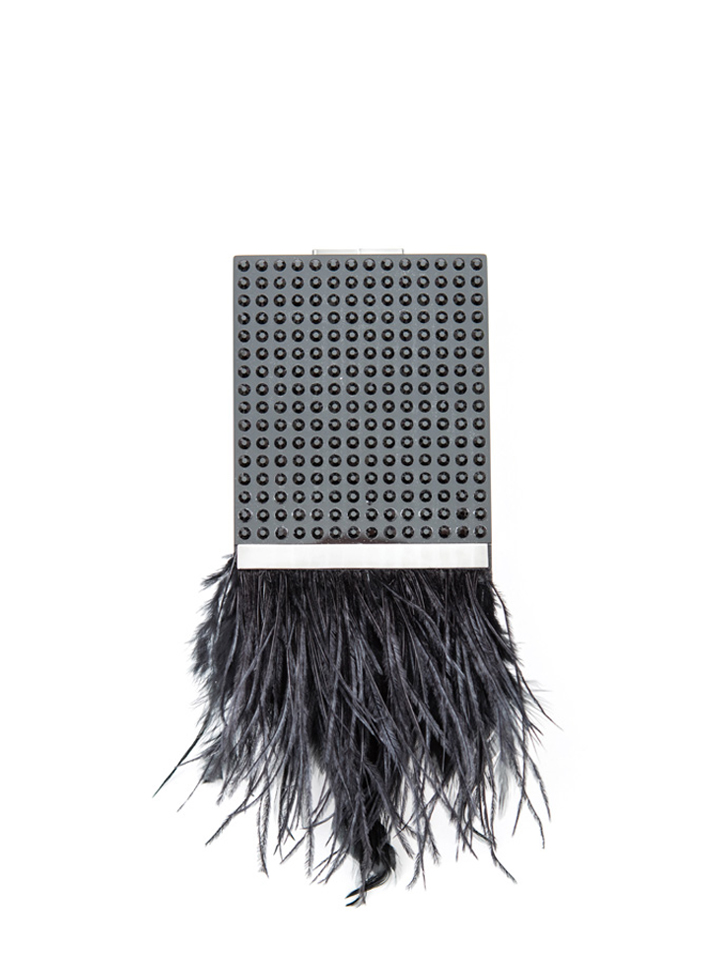 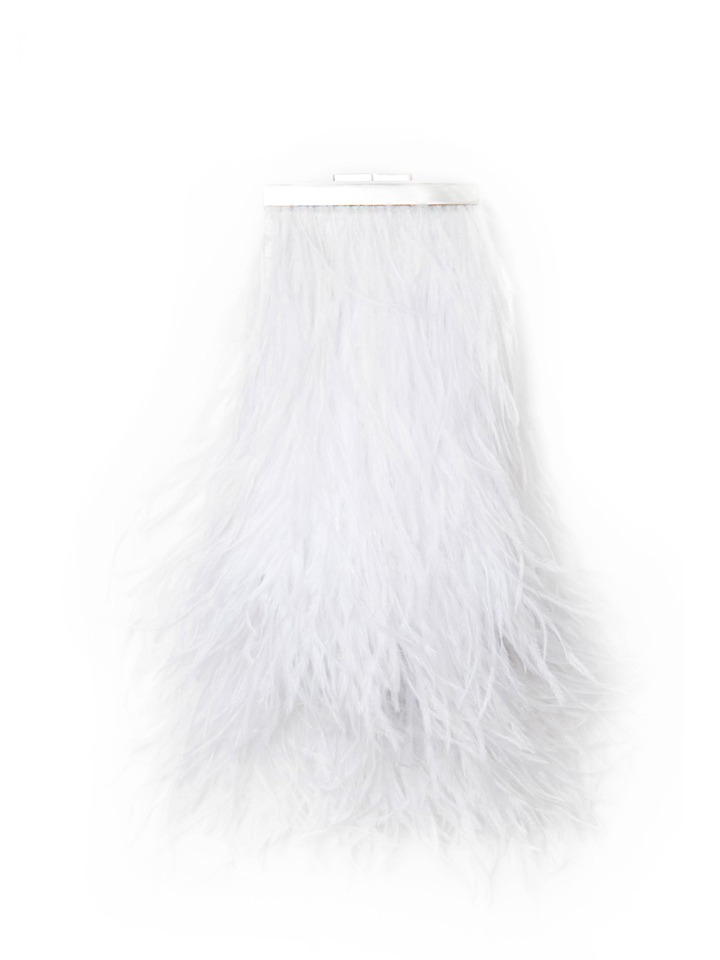 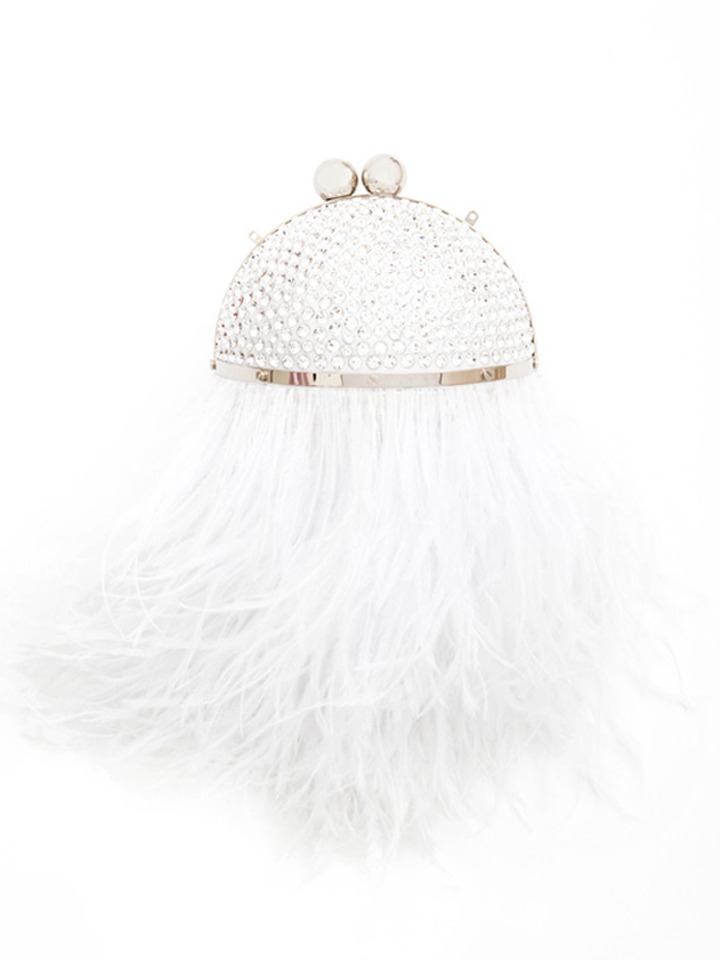 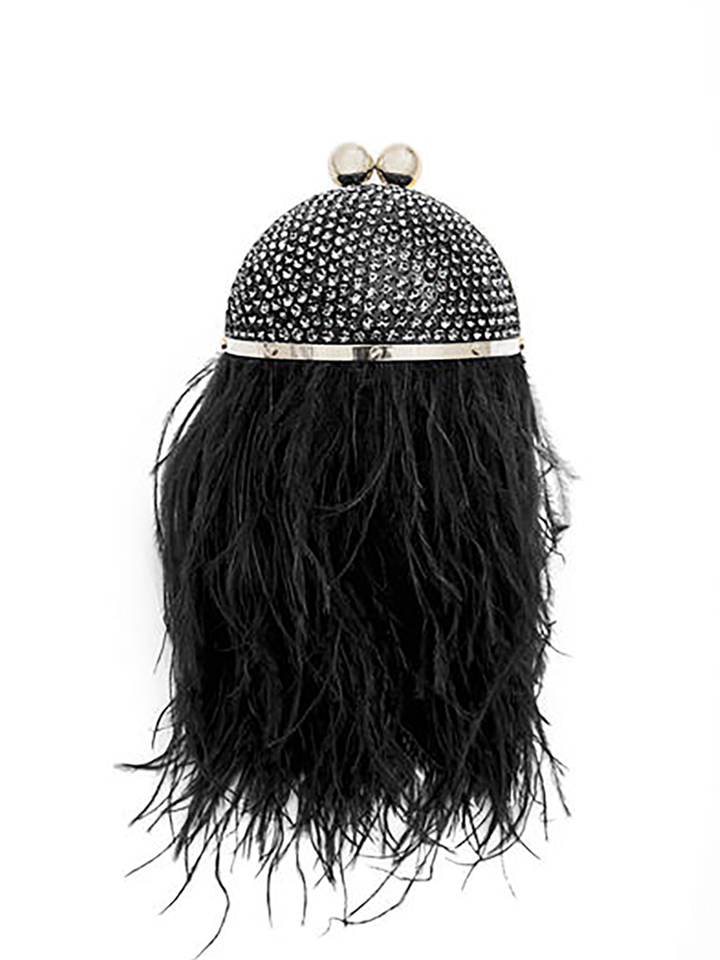